The heat is on, the pressure is high - is this Solskjaer's year?

Manchester United's shock Champions League defeat to Swiss champions Young Boys has already ratcheted up the pressure on Ole Gunnar Solskjaer despite an impressive start to the Premier League season.

A star-studded side including Cristiano Ronaldo plus 138 million USD of new signings in Raphael Varane and Jadon Sancho slipped to an embarrassing 2-1 loss in Bern.

United took the lead in Tuesday's opening Group F encounter in Switzerland but plans went awry after the dismissal of Aaron Wan-Bissaka, with Jesse Lingard's errant back-pass gifting the hosts a winner in time added on. 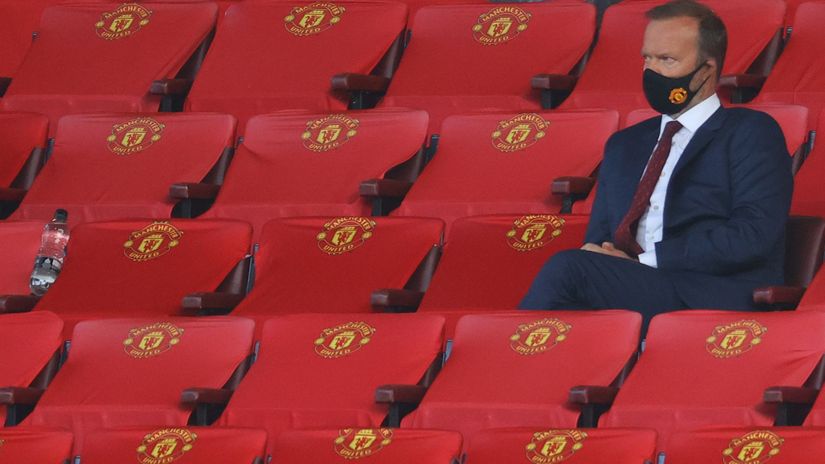 Barca and Inter are struggling financially - Juve also... But not Man Utd

Despite individual errors from his men it was Solskjaer left in the firing line, with his in-game management once more coming under the microscope.

Ronaldo has hit the ground running since his return to the club from Juventus, scoring three goals in two games.

But the fanfare surrounding the five-time Ballon d'Or winner also brings greater scrutiny on Solskjaer in what was always likely to be a defining season for the Norwegian.

The 48-year-old manager was handed a new three-year contract in July, reward for the progress United have made in the three years since he replaced Jose Mourinho. 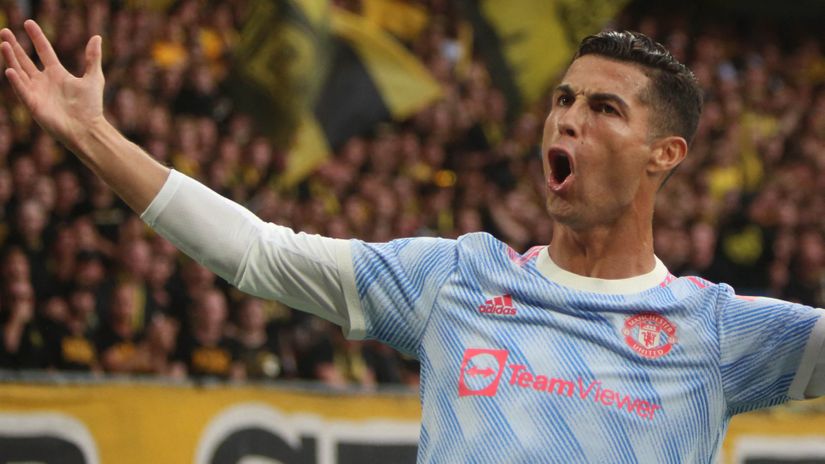 Man United under Ronaldo: No one touches apple crumble and that motivation speech

United finished second in the Premier League last season and qualified for the Champions League for a second consecutive season for just the second time since Alex Ferguson stepped down in 2013.

But Solskjaer - who won multiple trophies during his time as a player at Old Trafford - is yet to win silverware as United manager despite several near-misses.

Given the talent now at his disposal even a League Cup or FA Cup win might not be enough to save his job if United do not mount a serious challenge for the Premier League or Champions League.

Former United striker Louis Saha said the club could "afford" the defeat in Switzerland because they have a chance to recover but he believes Solskjaer will have less room for manoeuvre this season because of the strength of his squad.

"I do think that he will be questioned faster because the team doesn't have any weaknesses," he said. "For me, it is a very strong side."

The Red Devils begin the weekend on top of the Premier League with 10 points from their opening four games, with a potentially tricky trip to West Ham on Sunday.

But some of the same flaws evident in midweek have also been on display in league games against Southampton, Wolves and Newcastle, only for United to be bailed out by their array of attacking talent.

Despite their three wins, the team have lacked cohesion and have struggled to gain control of games, relying on moments of isolated magic from players such as Bruno Fernandes and Paul Pogba.

Solskjaer has the unenviable task of striking a balance between defence and attack while keeping all his star names happy.

Marcus Rashford and Edinson Cavani are yet to feature this season due to injury, but will soon be competing for places with Ronaldo, Sancho, Mason Greenwood, Anthony Martial, Jesse Lingard, Donny van de Beek and Juan Mata.

Behind them, Fernandes and Pogba have started the season in fine form, but their compatibility in a midfield three against stronger opposition is still up for debate.

"We've got goals, I know that, it's about striking a balance in the rest of the set-up," said Solskjaer after Newcastle made Ronaldo's homecoming last weekend far trickier than the 4-1 scoreline suggests.

Ronaldo & Solskjaer back in the day (©Gallo Images)

His attempts to find that balance in Switzerland were made tougher by Wan-Bissaka's dismissal but he drew criticism over his use of substitutes and tactics.

Solskjaer faced questions afterwards over why he took Ronaldo off at all and also over why he did not remove the 36-year-old earlier - showing how difficult it will be to keep everybody happy.

The only way to quieten the noise is by getting back to winning ways, starting at the London Stadium on Sunday.